NATO today announced that it would be sending additions ships and fighter jets to “build-up near Ukraine”.

The president is now considering sending 3,000 to 5,000 U.S. troops to Romania and to Latvia, Lithuania, and Estonia as part of a broader NATO effort. Other NATO countries may also contribute troops to warn Russian President Vladimir Putin not to try to move into neighboring countries.

“U.S. citizens in Ukraine should be aware that Russian military action anywhere in Ukraine would severely impact the U.S. Embassy’s ability to provide consular services, including assistance to U.S. citizens in departing Ukraine,” the State Department said in a travel advisory.

State Department: do not travel to Ukraine due to imminent war… and COVID pic.twitter.com/mz4a2JGQyU

However, some are questioning if America is truly ready for war after Lock-down and vaccine mandates have negatively impacted our economy. As well as what some argue is the current state of our military.

This also comes back on the eve of Joe Biden walking back on his statements in a previous press conference that some argue gives the “green light” for Ukrainian invasion.

7 days ago
Inflation: Worse than expected but not a 40 year high

Inflation: Worse than expected but not a 40 year high 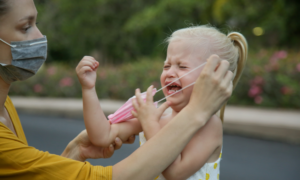