My Family used to tell me stories about the media of old. How “trustworthy” and “reliable” they used to be. However, nowadays all I here from these “trusted and reliable” media institutions is what could only be accurately described as garbage. What I have been asking myself lately is why is this the case? After-all I am the editor and chief of the very network you are reading this article on. Obviously I do not think this is a problem with the Industry as a whole, but I still find myself wondering. I believe I have found my answer to this question and decided to put it in written format for the world to see. The second sentence of the about page contains is the following line. ” We at ANN have not nor will ever receive funds from Government institutions, Angel Investors, multinational conglomerates, politicians. …etc.” Why is this important? Should this not be given? How could an institution like a news organization accurately report the news if they are in any way financially dependent on what is mentioned in the line? The only true answer to that is to adhere to intuition and claim it an impossibility.

In 2018 Forbes wrote an article “Why Jeff Bezos Bought The Washington Post” and in that article buried on the bottom paragraph was an amazing insight straight from the horses mouth. “When I’m 90, it’s going to be one of the things I’m most proud of, that I took on the Washington Post and helped them through a very rough transition.” This admission masqueraded via the vein veneer of Pseudo-Philanthropy is quite telling. Considering Jeff Bezos is one of the richest men on the planet. However, This is not the only evidence of corporate malfeasance interfering in our media. MPN Published an exposé in November 2021 regarding the hundreds of millions of dollars Bill Gates pushed into the journalistic spaces of prestigious media organizations.

The following is merely Half of the Malfeasance MPN exposed Bill Gates for totaling  $166,216,526:

Racism and the Corporate Media:

In the video above I go over the Blatant blood and soil nationalism the corporate media has undergone. In-fact they are completely explicit/complicit in this. Often Referring to it as “joining the movement” or “a slight change to their editorial policies”. The change in question is something quite sinister. The media organizations mentioned in this video explain the nonexistent virtues of declaring that they will no longer use the “b” in black as “it does not accurately represent the shared history of struggle for “Black” America”. Moreover, these changes mention that they will not refer to white people as “White” instead referring to them as white accept when it is grammatically necessary.

Now if you are not an English expert and this is confusing for you at first I do not blame you. This required a few rereads myself. What these institutions are saying when the use the capital “B” in black but not the capital W in white and their explicit explanations for it can only be regarded as an insatiable favoritism of Black Nationalism. As they acknowledge that using the capital “W” in white might lead to more white nationalist extremism. If you find this hard to believe then I encourage you to watch the video above in its entirety. Aside from explicitly claiming they will commit this action you can also observe this action with their coverage of the riots in pursuit of racial power in 2020.

Before the Eventual Blue-Anon cultist declares me a heretic. I should let you know that even know your meme a resource for people who don’t understand a certain meme or memes has an entry for the George Floyd Protests. As illustrated in the image above. This is because unlike Blue-anon cultists the average American recognizes patterns. When the “Mostly peaceful” protests coincide with burning buildings and billions of dollars in civilian property damage. those protests are not peaceful.

Furthermore, if you are going to try and downplay or cover for these violent race riots. Then perhaps you could separate or disavow the violent race riots. Thus, isolating them from your movement. However, the reason you did not do this is because you endorse this. After-all the mysteriously deleted about page of the BLM organization explains their Furtur completely. Moreover, if the BLM organization did not accurately represent the BLM movement. Then the BLM movement would have created their own organization or movement in order to accurately represent themselves.

MSNBC reporter says “I want to be clear on how I characterize this. This is mostly a protest. It is not generally speaking unruly."

As a building burns in the background…
pic.twitter.com/KGrtpPsF3E

Yes, this point quite cliché, but it is still worth mentioning. The virtually incalculable Corporate Media Hoaxes surrounding Trump Presidency.

Naturally you can find many more of this type of high profile Corporate Media Hoaxes. Moreover, media outlets repetitively got called out for making Trump look more “Orange” then he actually is and other forms of fabrications. In-fact the Media coverage of the Trump Presidency was so obtuse. That UN PEW research had to be conducted to find out just how negative it is. The poll showed that 93% of the corporate media’s coverage of the Trump Presidency in the first year was negative.

This is a few of the Plethora of examples as to why distrust in the corporate press is so especially low lately. And that does not include the Corporate presses Coverage on the War on terror or Omicron. Which can also explain why people distrust the Corporate Media. 1 month ago
Attention Republicans: The Supreme Court is Already Politicized. 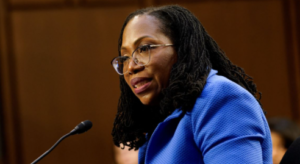 2 months ago
Where I an American get my Coverage for the Russia and Ukraine conflict. Where I an American get my Coverage for the Russia and Ukraine conflict.